CEI created new ways of supporting community media — which have lost resources and staff during the pandemic – in their efforts to bring in-depth coverage of local elections and candidates to their readers, and to hold candidates accountable to their communities.

The 2021 City Election Reporting Fellowship provided $1,000 stipends to 30 community-based journalists to produce four in-depth pieces of journalism on local elections, including deep-dive reportage and detailed explainers on aspects of voting. 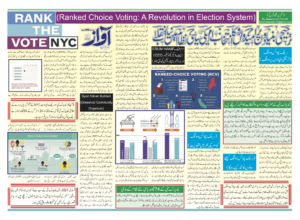 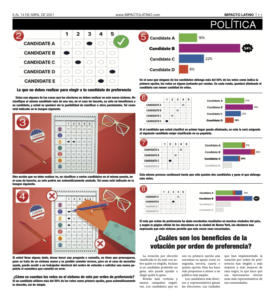 This explainer in Impacto Latino from reporting fellow Jason Smith shows how ranked-choiced voting works and what should or should not be done when completing the new ballot. (Courtesy of Jason Smith) 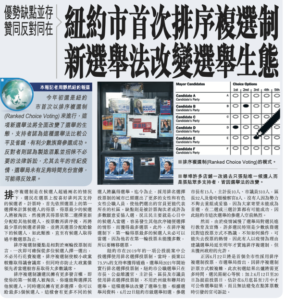 This explainer from reporting fellow Lotus Chau on ranked-choice voting details the pros and cons of the new method. It appeared in the Chinese-language newspaper Sing Tao Daily. (Courtesy of Lotus Chau)

Over the course of the primary election season, the fellows produced longform features on local election races, candidates from or running for office in their communities, issues being debated by local candidates that affected their communities; and detailed explainers on registering to vote, voting safely, and ranked- choice voting. They wrote 120 pieces in nine languages for more than 15 communities across the city: 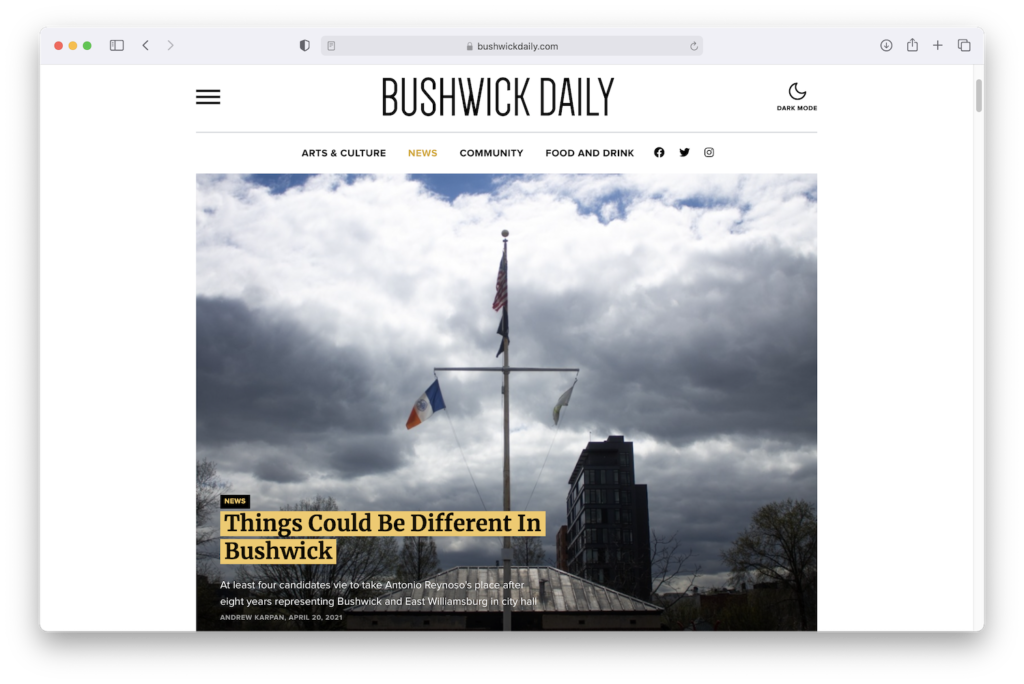 Even though Bushwick Daily did not receive political advertising this year, Meeker feels the election fellowship contributed to his ability to maintain independent political reporting even as he approached prospective advertisers in political campaigns. “The fellowship allowed us to have reporters who are dedicated to election news, which allows me to separate the newsroom in a way that makes sense. It puts up a firewall that’s hard to come by in the Bushwick Daily newsroom.”

CEI hosted exclusive forums to bring mayoral candidates before community media journalists, to hold them accountable on behalf of the communities they serve. Over the course of the initiative, 169 community media journalists from all five boroughs attended fora with 12 different mayoral candidates. In partnership with The City’s Civic Newsroom, CEI developed an engagement project called Ask-the-Candidate, to gather questions from New York City residents through their trusted community newspapers. These questions were then shared with candidates, whose answers were to be published.

Publishers were also able to leverage tools CEI developed to support their sustainability to support their journalism. Chelsea Community News’s Stiffler took advantage of the CEI database to reach out to campaigns in an editorial capacity, introducing them to the two-year-old outlet and its audience in a neighborhood with a historically high voter turnout. He offered each of them the opportunity to place opeds or share their positions in a Q&A. “Nobody ignored us. We built some relationships, and they’re going to be sources for us in the future.” Five of his district’s six city council candidates ultimately advertised in the outlet. 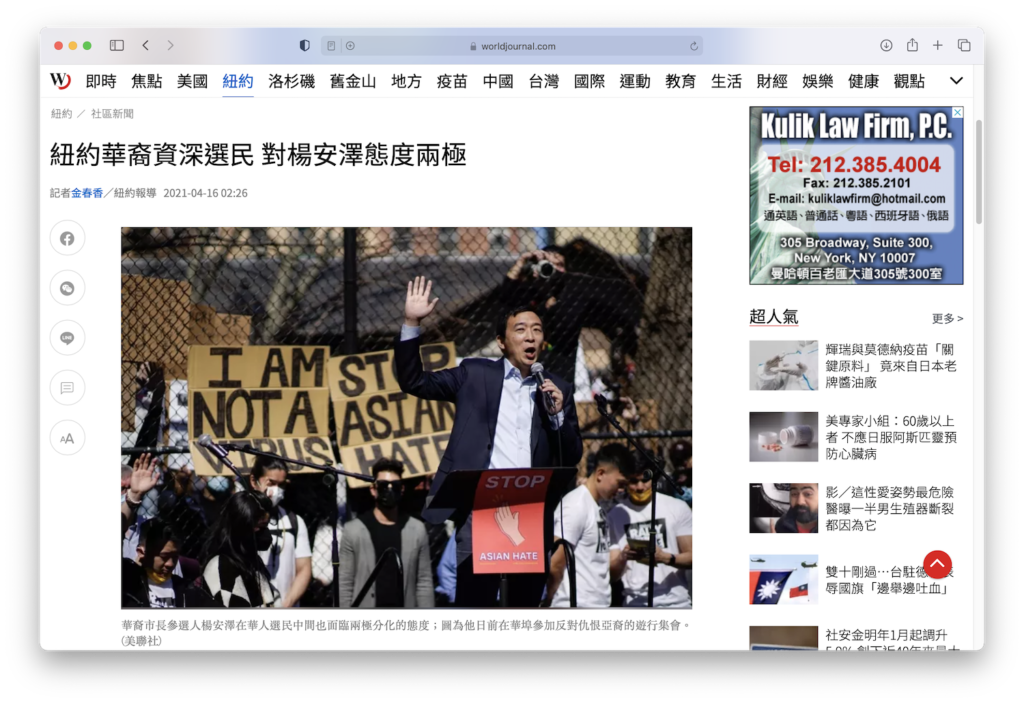 World Journal, one of the most prominent Chinese-language outlets in the U.S., likewise leveraged the CEI database for both editorial and sales purposes. Its editorial division reached out to candidates and offered each of them one-on-one interviews, extending invitations to them to sit down with the venerated publication’s editorial board to share their platforms. Jimmy Gao, director of sales and business development at World Journal said, “This initiative really enhanced the success rate of minority media, to be able to share in some of these advertising dollars, but also to be able to contribute in a more meaningful way. Without your database, we might only reach out to Asian candidates, but other candidates might be interested in these voters as well,” he said. “Without your list, we just never would have heard of them. That master list really gave us a sense of the scale, perspective about local elections.”

“It is necessary for the community to know about elections and voting,” said Abdow Kozmol, publisher of Arab Astoria Newspaper. The paper received just one ad this June, its first political ad, but Kozmol plans to continue building out his outreach strategy during forthcoming elections.

C. Zawadi Morris, publisher of BK Reader, has long prioritized election coverage, and has had a dedicated elections reporter on staff for two years. “We have taken elections on,” she said. “We want to turn readers who’ve never paid attention to elections into people who are excited about them.” BK Reader’s in-depth election coverage has not generated significant interest from advertisers in campaigns in the past, but covering elections remains central to their work. “It’s part of what makes us local news.”